Mitsubishi vs. Ford in Wilmington, NC

Your Choice in Wilmington, NC

Import vs domestic. It’s a battle as old as the automobile itself, but does one really stand above the other? Well, not really. But individual brands within those segments definitely do, as is the case with Mitsubishi vs Ford.

Though these brands are based half a world away from one another, they do have similarities, including their popularity in the SUV/crossover market. Of course, if you dig a little deeper, differences in reliability, safety and more can be found. Take safety, for example; while Ford struggles to earn high marks with its SUVs, the Mitsubishi Outlander has excelled and earned itself Top Safety Pick recognition from the IIHS for 2019. Not to mention that safety carries over to reliability, and particularly a reliability backed by a better warranty from Mitsubishi including a 10-year/100,000-mile powertrain warranty. Mitsubishi also stands out with its SUV fuel efficiency, edging out comparable Ford models and offering a plug-in hybrid version of its popular Outlander model.

When it comes to sedans, it’s also worth mentioning that Ford is getting rid of its sedan options (exceptthe Mustang), while you’ll still have the sporty Mirage and Mirage G4 from Mitsubishi. Now that you know the differences in Mitsubishi vs Ford, it’s time to get behind the wheel!

Thank you for your inquiry! In the meantime, please check out our other new vehicles! 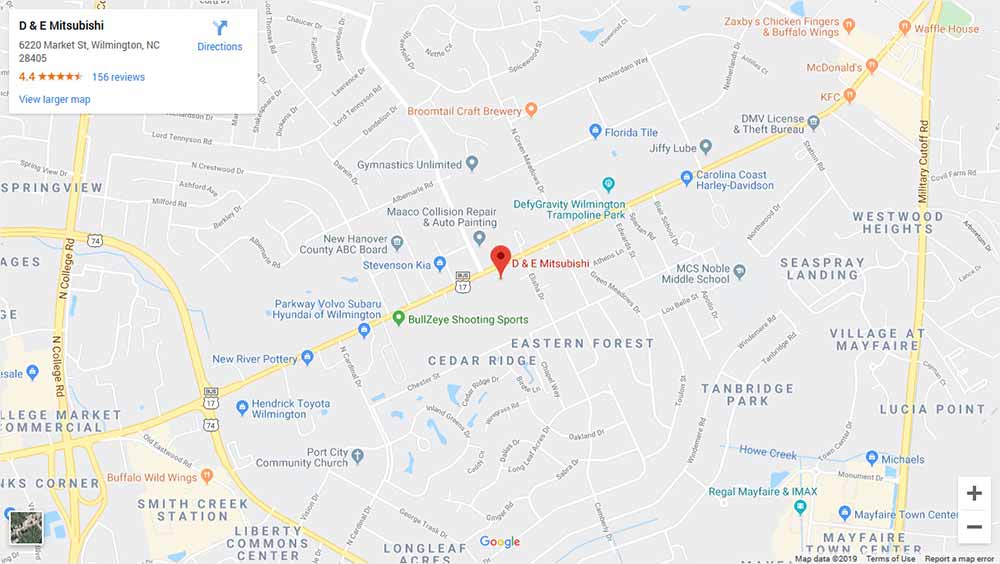